Confessions of an office manager 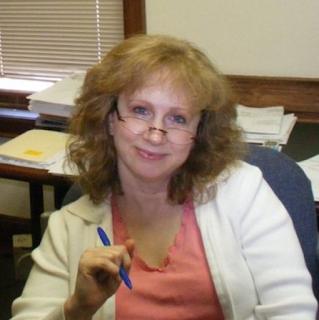 I wanted to share a personal experience that goes with yesterday's Bible Verse...I've just had this AHA moment thing going on all week. God is just so amazing! I pick the topics based on talking to others, or something that catches my attention in a Bible study, or sermon, or even based on what's going on in my own life, but once in a while, I'm reminded that it's God who is picking the topics for me.
Over the past several years, my boss's son has been taking over my job. He has assumed responsibility for everything and we've been butting heads at each turn. At some point, maybe a year ago, I just gave up the fight. Ever since then, I've felt more at peace and have had a better attitude at work.
A couple of days ago, I gave up the last managerial duty that I had been clinging to. It was so hard to do and I prayed about it diligently. Afterwards, I felt more at peace and it was then that God reminded me...this is what I asked for years ago. He then showed me a plan unfolding, one I've been praying for without realizing it, one that I had been working toward but not really believing in.
Back in the 90s, my goal in life was to be "successful". In my mind, that meant being in charge of a company, having an office, making good money. I achieved that but with it came a burden that I never anticipated. The stress and anxiety of being "in charge" was overwhelming. On the plus side, the company was more organized, made money, grew and prospered. On the negative side, I had to deal with difficult, irate clients, situations that my boss didn't want to deal with, collections, etc. I even had to learn all the ins and outs of computer repair, software glitches, and wireless networking.
I worked long hours, six days a week. As a manager of a small company, I wore all the hats. I couldn't imagine a scenario that would get me out of that situation because I had made myself irreplaceable.
When the Great Recession hit (2007-2009), I thought this is how it will end. But my boss worked like I've never seen him work before, or since, to drum up business for us to keep us afloat. That's when I started praying about a way out.
Then, the boss's son graduated from college (for architecture) and I figured he would start honing in on my job so I went back to college and got my Bachelor's degree. He didn't seem interested in taking over, which made me feel a bit conflicted. On one hand, I wanted out, on the other, I knew he couldn't/wouldn't put his blood, sweat, and tears into the company like I had.
Another woman at our company also graduated from a college in architecture, around that time, so it was kind of the hierarchy of: my boss, me, and then the boss's son and she were on the same level, even though she was and is very talented and knowledgable and does an exceptionable job. Then, she went to work for another company and I had to hire three people to replace her. That opened Pandora's box. We were so busy, and I was trying to get work out and train three people and still do everything that I had to do outside of those responsibilities. So, that was his chance to "step up."
To be continued.
A just balance and scales are the Lord; all the weights in the bag are his work.
Proverbs 16:11
Be in prayer for:
G
K
S
W
B
L
J
K
T
S
C
They are all experiencing high levels of stress at work because of various situations. If there's anyone you would like to add to the list, please let me know.
*********
Please join me this week in praying for those who are dealing with stressful situations at their workplace. Please pray that they may find resolutions to their specific situations, that they find peace through prayer, and that their workplace no longer be a source of overwhelming stress and/or depression. Please pray that they find strength in the Lord.
I'll post daily reminders on:
twitter @7DegreesOfMe
Instagram @7DegreesOfMe
Pinterest Prayer Group #7thHourPrayerPower
Facebook group 7th Hour Prayer Power
#7thHourPrayerPower #BibleVerses #bible #work #job #stress #manager #anxiety #depression #prayer #boss #supervisor #negativeselftalk #blog #blogpost #blogger
By Three Wishes Collective - April 30, 2021

Read through the Bible in a year with me. Click on "Daily Reading"